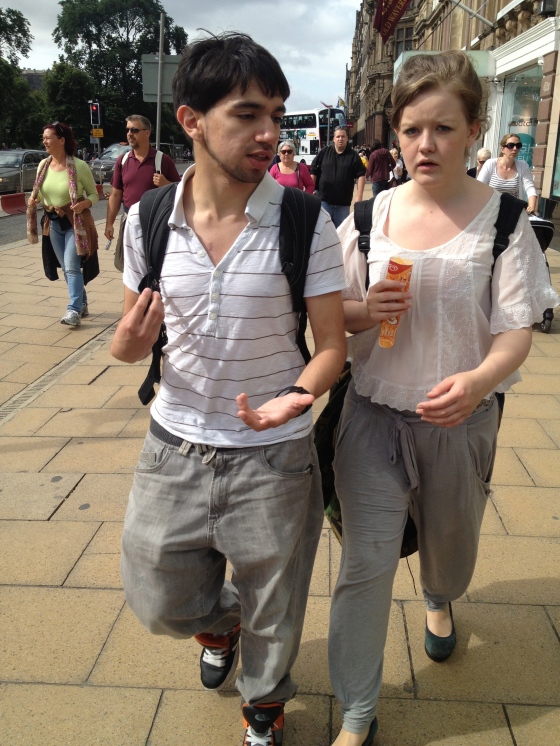 put the dishwarsher on yesterday.  got up at half past six with martin who says women are sincere and went to fetch some water.  thoght about the riches of bouncing whilst wearing a hat.  wondered how to cast the story line, and if there was enough juice left.  went on the internet and wasn’t allowed to order a mixed case.  verified date of birth twice with irritation.  waited for nine oclock and then waited for half past nine and then whisked round for things to tak.  missed quarter to by setting off at 39 steps.  made an appointment.  the imposter teaspoons had puddles in them from sitting on the side board.  didn’t dry them up.  felt dizzy all night and looked up lime’s disease.  sent a letter a week ago and got ticks by return of post.  sheep go baah.  became none friends with arson.  got asked about bean to the races and wouldn’t answer.  thought about the compliment hearing a lawnmower.  added bits afterwards.

didn’t help to fit the aid.  felt disturbed by blocking conscience who stayed at home with discomfort.  uploaded the armour man and heard songs about bosoms.  felt compromised and wanted to upgrade.  opportune for a friday serial.

didn’t like the minions.  got worried about limes disease.  filled the jug from the graveyard and felt dizzy.  had a shower and photographed the rash.  it faded before the photograph.  wanted minions.  don’t have a gynaecologist.  reasoned about prickly bones.  the scan wasn’t low enough.  Said I do to the operator.

didn’t see limes disease as realistic.  had to pass the factor.  didn’t stop.  said crossroads about the birthday.  prompted an early departure.  slept afterwards.  woke up before the soap having slept off the details. added bits afterwards