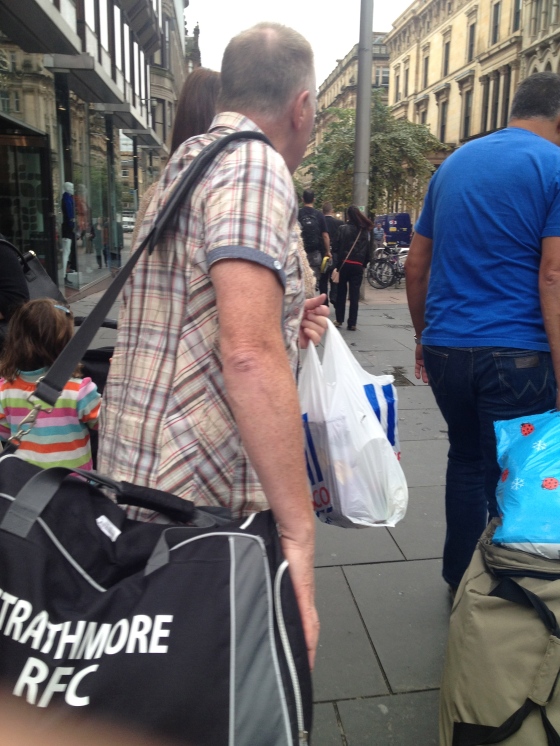 Was given a good scolding aat he point of leaving, and a distant briddling occurred, which was sort of fun and sort of disappionting, given that health and safety are worlds of adventures; spring boards to gymnasts.  gumnasts.  before i got there, i wakled down the hill and approved some thoughtful sheep, though the lamb bearers have moved a patch away so they aren’t roadable.  the sun was out, and due to a shortage of trousers i had black tights and a loose shift, reincorporated since exposure at thursday drinks.  got to the bus stop and thought about how to remove the bike padlock.  picked up some buts and noticed the sainsbury’s bags on top of the fertilizing wedding dress and the tree guard.  the frequency of outdoor bins is varied.  got offered a lift, but turned it down even though i had no phone and didn’t know the time, or if the holiday was on.

couldn’t get in the side due to the broken door so was shown into the back.  collected everyone and held hands with one, and did the usual routine in the morning, though deflated at the lack of prompt.  held the extra cards during bingo and helped self to tea.  the cost has gone up to @10 from £6, so i said should everyone sging a petition.  upset the lady about saying she shouldn’t get ice cream for helping, and waited till half past twelve.  on previous weeks there was a pianist singer who was going to do a thing at the school in september with the opera, and an accordian lady who was so good i shifted by chair.

tried to find Timotei but only found flourideless toothpaste.

left the pillowcases and the super tramp with the cancer shop who agreed to take unwearable clothing, for cloth is sold by weight.  took the obsolete check to the bank and said was it obsolete and the said it was.  caught the bus glumly and subnormally; reactive broadcasts about bad apology.  thought about the one who had the garden company who had to close it down and though t about his face.  brownily opted to retrieve the bucket of glass from the quarry by going back down to the corner and beyond.  then went and got bags and bottles and put them away.  tried to fit the us stop but it wouldn’t go it.  washed the bottlees and then it was three.  forgot to eat fish with a spoon.

sent an email to postpone the bandy exercises.  sent another to the old friend impersonator.

went to fetch water and found a papery goo parcel sticking out from a black bag.  on previous runs had disassembled a bank to bank branch wedge across the brook.  mud half way, stench.