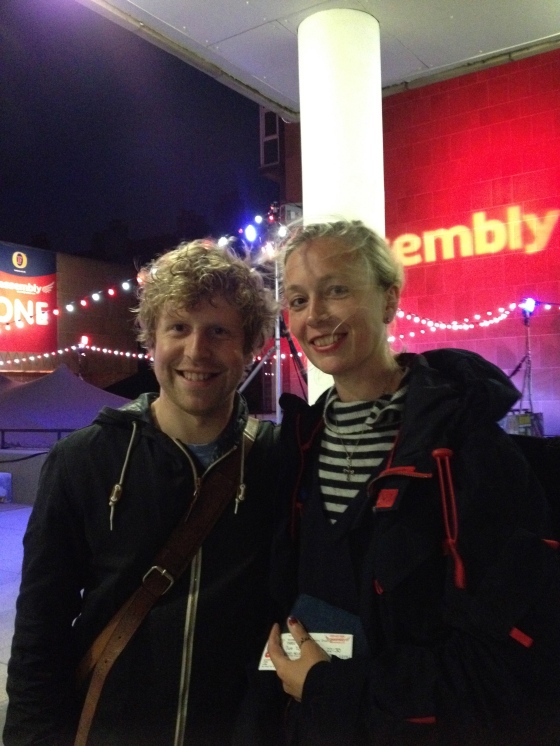 Well then if it isn’t him, there’s a relief.  But who then can it be?  Presume the profile on injury, and be better acquainted with a stimulator.  For as well as locus, there is John Lennon and imagination, though in feeling it would send the time.  Hours and hours upon a profile; powers and laws upon patchwork.  A best friend in intimacy, guiding the game for wellness.  And real untrue.  For in love of a spotted object, staring through.  Many multiples of taller distance; the sound of drama and insistences.  Well over a year of portal clarity.  Well over a year of absorption.  Let me not say it in correction.  For ’twas love for ere it went bounding around.  For it is of quietness that the sound is found. Perhaps matches of two pillared arches, then hidden to convey the purpose.  For my part is to rant upon the shared woe and begone.  Truthful unproductively for anyone’s involvement, and therefore like a shy bear that grows and grows to grey.  For in much of captivity, the prevailing rights are mood swept by nativity.  Another baby bear beside the world, and more for her muttunous chops.  How unfair to blister the shard persuasions of safety.  In debt to speaking out.  In debt to making riches. In debt to vagrancy, to arrest it by arrest.  Thus poverty of heart, thus poverty of instinct, thus the invisible wire of separation.  And in loves which bring these things together, a mutual form of perfume.  Keep the excitement away from the hound, and neuter it furtively with whatever could be said.  By a given person of another, to want inspectively.  Set about a large and serious derision and get to work.  What of him who helps as freely to escape, that share a common distance.  It’s 50 yards to the edge of Coldicutt.  We have but opposite ends. Indeed, we have but opposite friends.  Social for anti social, colloquial for silence on the phone.  A cornered reality stretched by the planetary, for to whatever ends this man is afraid.  Though by proof the lack is of the maid.  There she goes with a four second call.  Sorry about the profusion of literature.  And a reply not to worry about all that.  The facts are faster than beats, for she is prompted by repast and serves to explain.  Another distinctive network upon public duty and the irascible nature of all in constitution.  Whoever he is with her cheek, there is an immediate break.  Whatever he is to observance, would duly serve to emergence.  Therefore more like in cowardly, to observe a fine prompt and act it slack.  An entire series of networks around the body has thrived in part due to this said court.  Based upon a childish worship, there is nothing higher than its developed committal.  Only two days ago it would seem the woman as a Julietted fourteen.  It’s the child handling of a deep understanding.  Alright then said person.  So two typical screws recede, such as nam-ed parts within a play.  And theirs is the bounteous lead to receive.  Closeness thereof rooms of surveillances.  Type one meet type two on a roundabout and both choose Preston.  Worse! They are best friends with lingual attachments, so both support Radio For. Apart by which time the services have filled in and she knows his name as beside her flame.  Whatever he provides is and was to call the sides.  She, a propagator, he a business major.  Ashe always inflects she asked for a bash, and found her toboggan on a separate run.  But nights of acheless ways.  She fulfills a stash for a hashtag.  She had a fit and begged to be thieved.  As was the custom with the pain lifting.  She had found herself amidst a rant, and did confound herself with a ruder temperament.  Even an example.  Defiance with all reliance, she says.  Flailing and cruding in an unseemly manner due to his dead brother.  All in all it was a sanity corp.  only two people ever show their inner, though none more urgent to prevail whose thinner.  An absolute genius meets another one to brush up on.  The dolly mixture in confrontation.  Thereafter presumed of tenderness and receptiveness.  Perhaps he sang the snow songs.  Perhaps the call of the wild was everything but.  No more sound in consolation, where action frees the plot.  Warden of disaster that command to fix the spot.  She is now preceded by sobriety.  It would all be the equaliser.  Mend him, the far and distant thing.  Call him Fallstaff and add on two hundred years.  All morning staggering into purpose and realignment.  All morning munching up more debt.  All morning wishing for a lawyer in a brother, and yet when it come to pass, the plain want of a boyfriend in further to last.  It isn’t absolutely the end, were it not for her sex, for she was a boy until recently, and then only less a toy by the fling that she cuddled.  Whoever these men are; now we can purify them. For if our solace be truer, let it pluck upon the understudy.  In small print we have a well informed vernacular, the ornate carvings of countless workers.  Let one stand single them out.  And then rotate the view, right and left around the corner too.  For in sameness it comes as a surprise that the forlorn and rushing voice disguise a runner.  Another exhibit presented by involvement.  And here we have exhibit B.  There’s a figure churning over the letters and numbers in alphabet hoops.  Procure waste by laying the blame quietly.  All Spell ABC.  He hath a mark of inference without perfection and with perfection. Thus that the little woman is dear as the part of him that is in state.  By minds disquiet on her extension.  He can’t wait.

There lay in the time.  Rebound on the havoc countersign.  For ultimate proof, hers is a constant spoof.  When are the times taking threes and when are the times taking fours.  We have an Arabian policy that she go nowhere without escort at all times.  This is sounding horrid, for in the middle of a busy room there she is, all fed and watered and fruitlessly nurtured.  And he, a blanker case that has command of her disgrace.  Knowing of this and ultimately wooing as any gluer would notice.  It’s a hinge on a corner.  There’s an upholstered fringe going round and getting lost in the string pulls.  At least we shut the night out on a window round a chair.  The room is a little cold, and what’s round there? What a loss to be back at the pack with a voice less spare.  Though the voice becomes from inherent pact.  Such as by birth, such as by mirth, and such as from death.  A grieving thing a roll along, a happy one in ecstasy.  His a physical dependency.  Why the sore throat last week?  Therefore by luck to have an invisible friend that lurch away to bend the end.  He was a Peter Pan.  And by that a thinking man.  Ever consigned to retort.  On her behalf he came again, the spirited in lightning frame.  Take it that he is this great singer.  That he was and was dishevelled.  Take his waste to the period, and match it a March with Pom poms.  There is a pathetic cause to every partnership, but due to the odds the only sacrament he counts is companions on the credits.  A deserted manner in a woman is best judged by disclosure.  Had she any remedy to the internal doubts of a substantial year gap.  Brain ingrained respect. No, she was a fulsome lover on the shore.  Mermen about her with cold fish for.  Worth a rescue indeed!  Worth a rescue.  And due to the subtlety of this said potential, not all could invariably see that her landmass manners were partly salty.  Even a kindred of a tollbooth might add an enamour, but not her.  So silent her definitive stricture for waving in a hallway, and publicly committing to discrepancy.  Can the man help with her coat on.  He could if he were a hatstand.  No substance in the sitcoms, and off go the flounces.  Unitarily solitarily quality.   For at all times the other persuaders do their bits.  For at all times there are all the other books, from which to cleave in silent looks.  There’s the disc jockey, there’s the whisky and there’s Tuscany.  This one seemed to have his very own microcosm.  Such as afforded by old trees, free bees, cheese making, essential oils and old masters.  Such and such in the same.  There did appear to be a situation.  But what of the nerves in that vein.  Did there appear to be much Europe, and was the ceremony upstaged.  Presumably he’s drunk with relief and able to shake. Yet I know his inconsistencies to occasion and toss up.  That’s me, proverbially, for a single venture is but eradicated each time it rounds up.  With none of any venture, save to reward the filled pew.  Grouping off to watch the saints and back again for After Eights.  Years and years of pacing left and right, to be frank.  And there goes the Guinea pouncer on the rank.  Those in the spots own none of their plots, and those in the dark make their loss of remark.  This afternoon I have bought some new perfume and a brazier to show for it.  The loss of discrepancy is in rhythm; one poor man said that last week about Amanda De Cadenet.  Though it won’t have been her as it doesn’t apply to her.  It may have been one of us who sat about to hear a ballad.  The control of complex persons is now a form of fishing and archery.  Upon the drawl of that man there, send toss pot over do or dare.  It’s cold afterwards.  Hypothesis Allow the break.